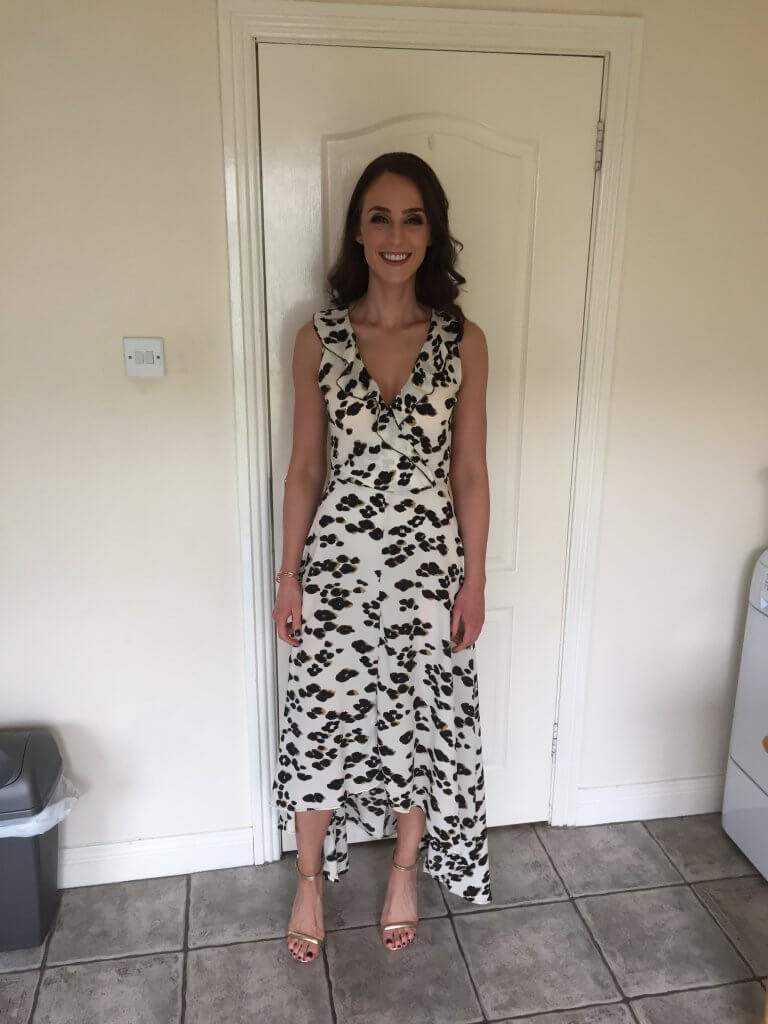 This year marks my 10 year anniversary of my bone marrow (stem cell) transplant. In 2010, at the age of 20, after finding a lump in my neck, I was diagnosed with Hodgkin’s Lymphoma. At the time I was a student at the University of Limerick studying Physiotherapy, doing all of the normal things a 20-year-old college student does – living away from home, socialising, working part-time and I had been on a J1 in California that summer.

Initially, I was commenced on a 6-month chemotherapy regime and I took some time out of college. After these 6 months, I was in remission and returned to college in September, only to notice a lump appear on the other side of my neck 2 days into the semester. This time around, the treatment regime was more intense and I was commenced on inpatient chemotherapy, then radiotherapy and eventually worked up for a stem cell transplant. My only sibling, my younger sister, was a match and was my life-saving donor. I had my transplant in Burkitt’s Ward in St. James’s Hospital in February 2012. Over the next 18 months, I was a regular as both an inpatient in Burkitt’s Ward and an outpatient in the Haematology/Oncology Day Ward in St. James’s as I struggled with multiple infections and graft-versus-host disease.

I’m delighted to say that since 2013 I am in remission and I finally overcame repeated infections and graft-versus-host disease in 2014. I returned to college and graduated in 2015 and I have been working as a Physiotherapist since. I still have some, thankfully mild, long-term or late effects following my transplant but overall I am very well.

Since my recovery, I enjoy keeping fit and travelling and in 2017 I went backpacking around the world for a year with my now fiancé. Even though those few years were a very difficult time for me, I also look back with fondness on some of the memories with the amazing staff in both Burkitt’s Ward and the Day Ward and the generosity of the Bone Marrow Trust. There were also many little touches on the ward that made the very long hospital stays more bearable such as TVs, tablets and Wifi in the isolation rooms. The staff in Burkitt’s Ward and the outpatient Haematology team went above and beyond for me, even ensuring that I could stay out of hospital as much as possible by arranging for private companies to deliver IV antibiotics at home. I am from Tipperary but my family rented an apartment in Kilmainham near the hospital and we received financial assistance from both the Bone Marrow Trust and the Irish Cancer Society.

Please support the Bone Marrow Trust so that they continue to provide this support to others going through bone marrow transplant.

Close Menu
We use cookies on our website to give you the most relevant experience by remembering your preferences and repeat visits. By clicking “Accept All”, you consent to the use of ALL the cookies. However, you may visit "Cookie Settings" to provide a controlled consent.
Cookie SettingsAccept All
Manage consent

This website uses cookies to improve your experience while you navigate through the website. Out of these, the cookies that are categorized as necessary are stored on your browser as they are essential for the working of basic functionalities of the website. We also use third-party cookies that help us analyze and understand how you use this website. These cookies will be stored in your browser only with your consent. You also have the option to opt-out of these cookies. But opting out of some of these cookies may affect your browsing experience.
Necessary Always Enabled
Necessary cookies are absolutely essential for the website to function properly. These cookies ensure basic functionalities and security features of the website, anonymously.
Functional
Functional cookies help to perform certain functionalities like sharing the content of the website on social media platforms, collect feedbacks, and other third-party features.
Performance
Performance cookies are used to understand and analyze the key performance indexes of the website which helps in delivering a better user experience for the visitors.
Analytics
Analytical cookies are used to understand how visitors interact with the website. These cookies help provide information on metrics the number of visitors, bounce rate, traffic source, etc.
Advertisement
Advertisement cookies are used to provide visitors with relevant ads and marketing campaigns. These cookies track visitors across websites and collect information to provide customized ads.
Others
Other uncategorized cookies are those that are being analyzed and have not been classified into a category as yet.
SAVE & ACCEPT