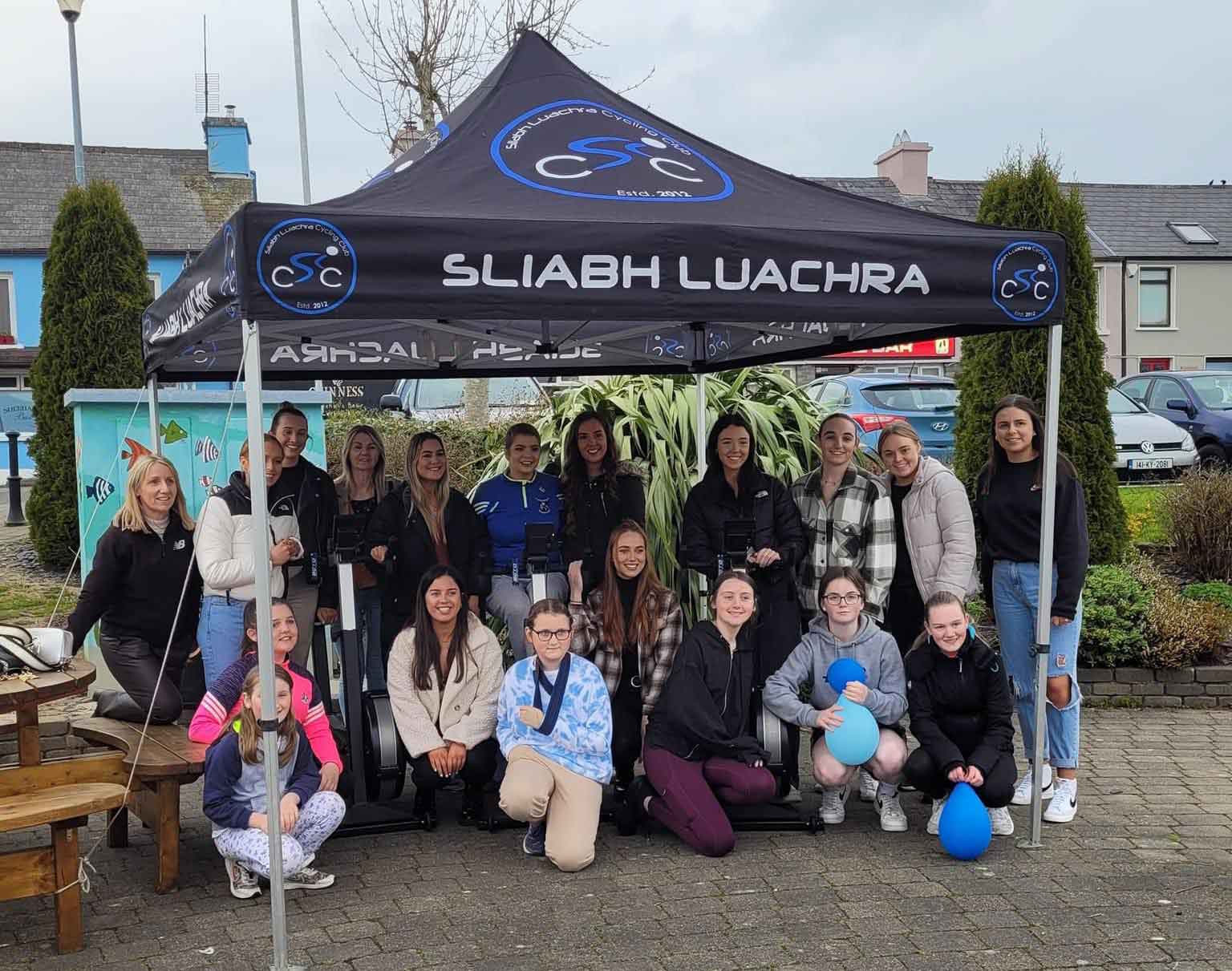 By adminSeptember 26, 2022No Comments

My cancer journey began in August 2020 when I noticed a lump on my neck. I knew something wasn’t right so I went to the doctor to get it checked. It was there the doctor discovered I had another lump across my left collarbone. She asked me did I know what lymphoma was and sent me straight to Cork University Hospital for tests that day. A few weeks later, on the 10th of September 2020, I was diagnosed with Classical Hodgkin’s lymphoma at 23 years of age. I started chemotherapy less than a week later.

I was on ABVD chemotherapy for 6 months and, despite having a clear scan after 2 months, the cancer came back in one lymphnode in April 2021. I went on to have 18 days of radiotherapy in an attempt to cure the disease which unfortunately also failed.

My cancer was considered primary refractory and I began the process of salvage chemotherapy in preparation for my stem cell transplant. This included 3 intense cycles of BV-ICE as an inpatient in CUH. It was decided the best course of action was an allogeneic stem cell transplant which uses donor cells instead of your own. Thankfully, my sister Sinéad was a match. I would encourage everyone to give blood and to consider signing up to become a stem cell donor, it saves lives.

Up until this point my treatment was being handled by the wonderful staff in the Dunmanway Day Ward, the Hematology Day Unit and Ward 2D in Cork University Hospital. My care was then transferred to St James Hospital in Dublin, the only place in Ireland where you can receive an allogeneic stem cell transplant.

I was admitted to Burkitt’s ward on the 15th of December 2021 where I began my third and final chemotherapy regimen, BEAM-Campath. My transplant took place a week later over the course of 2 days, the 22nd and the 23rd of December. My sister gave me the best Christmas present that year, the gift of life. My father was allowed in on those days in full PPE to see me and from then on I was in full isolation while in hospital. Christmas Day there was a buzz around the place with some of the staff dressing up and handing out presents. I had a bad dose of mucositis following the chemo and transplant. I spent most of my time there hooked up to morphine, on TPN and getting my fluids through my Hickman line because I couldn’t eat or drink. However, once my counts started improving I began feeling much better and I started being able to go for walks around the ward, the first time I had left the room in weeks. I was discharged from the hospital on the 14th of January 2022. It was a tough month but it was made easier by the excellent staff on the ward that looked after me so well during my time there.

After I was discharged from Burkitt’s, I had to be near St James’ hospital for trips to the hematology day ward every other day and incase of an emergency. The Bone Marrow for Leukemia trust provided me with one of their apartments free of charge in Kilmainham for me to use during this time. The use of their apartment was invaluable to me during my recovery. The BMLT saved me from a lot of financial stress and meant I didn’t have to worry about trying to find and pay for accommodation during my time in Dublin.

I was deemed well enough to move down home to Cork on the 4th of February 2022. I got the phonecall with my post treatment scan results on the 31st of March from Dr. Bacon to tell me that I was in complete remission. After 4 disappointing scans throughout treatment it was definitely a long time coming and the day I had persisted so much for. As I said to the nurses, I definitely took the scenic route but it was all worth it in the end.

Prior to being diagnosed with lymphoma, I had played football with Knocknagree Ladies Football Club and trained the underage girls for years. The club approached me in April as they wanted to include a charity that helped me during my treatment in their annual fundraiser. I chose the Bone Marrow for Leukemia Trust charity because I’m forever grateful for the support I received from them at such a difficult point in my life. We did a 24hour spinathon and we were blown away by the support. Thanks to the local community and further afield, we managed to raise an incredible amount of money for both causes with €3,393 going to the BMLT.

Thankfully, I’m still doing really well in my recovery. I only have to go to the the hematology day unit in St James’ hospital every 6 weeks now for check ups. I’m so thankful to all the nurses and doctors for the care I’ve received there with the last 10 months. I’m looking forward to being back on the football field with the girls and seeing what the future holds now that I’ve been given a second chance at life.

Close Menu
We use cookies on our website to give you the most relevant experience by remembering your preferences and repeat visits. By clicking “Accept All”, you consent to the use of ALL the cookies. However, you may visit "Cookie Settings" to provide a controlled consent.
Cookie SettingsAccept All
Manage consent

This website uses cookies to improve your experience while you navigate through the website. Out of these, the cookies that are categorized as necessary are stored on your browser as they are essential for the working of basic functionalities of the website. We also use third-party cookies that help us analyze and understand how you use this website. These cookies will be stored in your browser only with your consent. You also have the option to opt-out of these cookies. But opting out of some of these cookies may affect your browsing experience.
Necessary Always Enabled
Necessary cookies are absolutely essential for the website to function properly. These cookies ensure basic functionalities and security features of the website, anonymously.
Functional
Functional cookies help to perform certain functionalities like sharing the content of the website on social media platforms, collect feedbacks, and other third-party features.
Performance
Performance cookies are used to understand and analyze the key performance indexes of the website which helps in delivering a better user experience for the visitors.
Analytics
Analytical cookies are used to understand how visitors interact with the website. These cookies help provide information on metrics the number of visitors, bounce rate, traffic source, etc.
Advertisement
Advertisement cookies are used to provide visitors with relevant ads and marketing campaigns. These cookies track visitors across websites and collect information to provide customized ads.
Others
Other uncategorized cookies are those that are being analyzed and have not been classified into a category as yet.
SAVE & ACCEPT